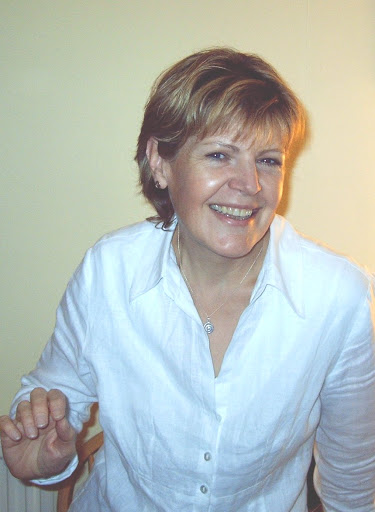 I am the first Citizen candidate to stand in the UK.  I am standing on the platform of accountability and social justice. We need to be able to hold those with authority to account; it is a vital check and balance that keeps us all safe. As an MP I would be directly accountable to the wishes of the constituents as I would poll them on all major issues and vote with the majority view. Direct democracy; voting according to the wishes of the people, not the party whip. You can find out more on vote-citizen.com

In this strong Conservative area, many people instinctively feel that the Tories best represent the aspirational objectives they hold for themselves and their families. However, if you look more closely at some of their policies and projections, you will see that many are not family friendly.

Big business, the Conservative party and local Conservative MPs are backing expansion at Heathrow airport to restore the UK reputation as an ‘international hub’.  ‘Growth’ appears to be the primary objective. However, the air quality around Heathrow already falls below recommended EU standards and increased air traffic will make this worse. Air pollution is bad for us all and there is already a rise in the rate of childhood asthma.

If you are a busy mum on the school run you will find it almost impossible to book a GP appointment as many require you to phone on the day.  There is a national shortage of GPs and 12% of training places are presently left unfilled. Due to changes in the Health and Social Care Act (2012) GPs are now responsible for commissioning and monitoring NHS services. This requires complex tendering processes involving both NHS and private providers and takes GPs between 11 to 24 hours per week. GPs are reporting the highest stress levels since 1998 and report that workload is affecting patient care. Funding for GPs (who deliver 90% of patient care) fell from 29% to 23%, which is just 8.5% of the overall NHS budget, so they are doing more with less money. The Conservatives are promising to address this problem with an increase in GP opening times by 2020, but this promise was also made in the 2010 manifesto and no detail has been given regarding funding or training.  It takes up to eight years to train a GP so we need to invest early. http://vote-citizen.com/nhs/

When parents work they need affordable, high quality day care. Under Labour a number of Sure Start centres opened. These were funded directly through the local authority and were required to be staffed by at least one qualified teacher or ‘Early Years Practitioner’ (EYP).  I am an early years teacher myself and I worked through Kingston University to monitor the EYP programme and have first hand experience that this training produced high quality professionals. Under the coalition, the Sure Start centres have been closed: 400 were closed in the first two years. A Sure Start centre in Walton, which received a ‘good’ Ofsted report, is now due for closure to be replaced by a non profit charity called Oasis Childcare. There is also an Oasis centre in Cobham. These centres are privately run and can select their own staff and pay structures; no requirement for a qualified teacher or EYP. The line of accountability does not go back through the elected representatives of the local authority, but to the self-selected members of the board. You cannot request data using FOI law from private companies/charities. Charities such as this are largely funded by public money, but control of how it is spent is no longer in the hands of elected council representatives.  ‘Non profit’ can be misleading. Starbucks say they don’t make a profit, but they make a lot of money.

Many parents in Surrey have been disappointed with the move to ‘feeder school’ priority over the previous ‘catchment’ criteria. For some, this means that their child cannot go to their nearest secondary school as they did not attend a primary feeder, so are offered places some significant distance away. There appears to have been little consultation on this. The previous government have encouraged schools to convert to academy or free school status and many in Surrey have done so. These schools are now free of local authority control and are funding directly from central government. They can select their own entry criteria, employ unqualified teachers and new schools can set up where they choose and not according to the greatest need for school places. This gives academy schools a lot of freedom, but once again the link to accountability is broken. The schools are funded with public money, but control of this funding rests with private management teams who often supervise curriculum delivery for a number of schools, but are not themselves academically trained or experienced. You wouldn’t go to an unqualified doctor or solicitor, but it appears that an unqualified teacher can be guided in good practice by a management team who have no knowledge of learning theory.  As a qualified teacher this concerns me. http://vote-citizen.com/schools/

As your children enter the world of work, you want to make the best choices for their career.  The Educational Maintenance Allowance (EMA) paid students from disadvantaged backgrounds £30 per week to stay on in further education. Although this scheme was very successful, it was scrapped in 2010. For some families in Surrey, further education is not an option. Young people are faced with racking up large debt, £40,000+ for students around London, or entering work through alternative training such as an apprenticeship. A modern day apprenticeship can offer just two hours a week off the job training, which leave apprentices lacking in high quality skills. They earn only £2.73 per hour so would need backup funding for the period of their course. We have a skill shortage in this country for posts such as engineering. The government needs to do more to provide high quality training rather than cheap labour apprenticeships. You need to look beyond the headline figures on this issue.  http://vote-citizen.com/youth/

Young people are finding it increasingly difficult to take their place in the world. Forced to stay in their childhood bedrooms, sometimes until their 30s, they have been dubbed the ‘clipped wing generation’. House prices have been artificially inflated due to decades of under production.  Houses now cost 10x average salaries and are beyond the reach of young people who are often paying back student debt as well as trying to save a deposit. Schemes to make first-time buying more affordable just push up prices when the supply does not meet demand, and exacerbates the problem. The only solution is to build more homes and provide more social housing at an affordable rent. In Surrey, new house building is stymied by a circular argument which maintains the status quo. The 2,000 people on the housing waiting list are likely to wait many years for an affordable home due to restrictive planning regulations.  73% of Surrey is designated Green Belt and any attempt to build here will cause an outcry. There is more land given over to golf courses in Surrey than housing. Only 10% of England is designated urban and of that only 2% contains housing. Brownfield land could be the answer, but developers are reluctant to build on these sites due to the cost of clean up and the future risk of toxic poisoning to residents. See the case of Zane, a seven-year-old boy who died in Chertsey, Surrey.

So if Green Belt is eliminated and Brownfield too risky, we have no option but to build in the areas already designated ‘urban’. Yet many such plans, which contain affordable housing, are rejected due to the lack of infrastructure; the argument being that the roads, schools and services are unable to cope with the increased population. This is a circular process which does nothing to ease the shortage of homes, meaning young people in Surrey need to move away from their family and friends if they are ever to afford their first home.  http://vote-citizen.com/housing/

Surrey is an affluent area, but in places 30% of families live in poverty. 11% of working families in Surrey claim child and working tax credit.  There are three food banks in Surrey and in the 18 months to September 2014, the Trussell Trust gave food to 3,272 families, which included 1,384 children. There is due to be another round of welfare cuts, at least £12 billion, and this will push more families into poverty. When we vote on May 7, we need to be aware of what our vote means for ourselves and for our community. I believe we have a collective responsibility to protect the most vulnerable in our society. http://vote-citizen.com/economy/