Why is my child acting out? 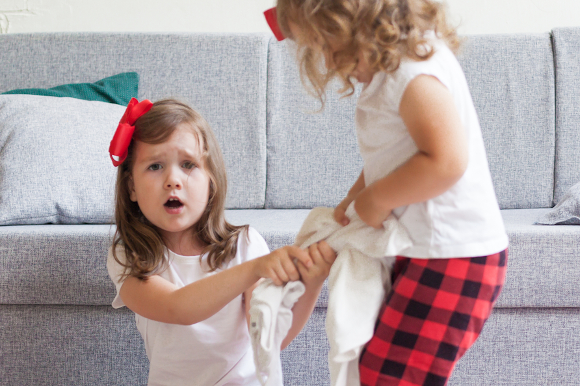 When your child gets unruly, it can feel like hell trying to keep them in order. If they constantly show signs of excessively bad behaviour, it might be time to look for the right psychologist to better understand them. If you want to find the right child psychologist, click here to find out more about what a behavioral therapist does and whether it can benefit your child.

If you want to know ways to help your child yourself as well, it’s good to educate yourself on why your child may be acting badly. Every child’s behaviour is different, so keep that in mind as you browse through the list.

What acting out means

Before we begin, it’s vital to understand what the act of “acting out” entails. Acting out is a catch-all term that refers to certain behaviours and mannerisms that disrupt normal family function.

This behaviour can encompass many different traits. Here are some that could fall under this term:

There are more signs and symptoms of acting out. If these signs persist for more than a few months, you should consult a doctor and get a proper medical evaluation.

Most of the time, acting out is a manifestation of deep psychological conflicts that your child has experienced in the past. Other times, it may just be the case that your child is genetically predisposed and born with higher tendencies to act out.

With that said, let’s look at a couple of potential reasons why your child acts out.

Just like pets, children act out in order to gain attention from parents, classmates, or people they show an interest in. They crave and seek positive forms of attention to get their way, and this act can trickle down and become a habit for them to rely on whenever they feel lonely.

To alleviate this, start by being more receptive with your child and in tune with their emotions. Occasionally give them praises when you feel they’ve done a good job. This can naturally lead them to not resort to acting out to seek attention since their craving for affection would have been satisfied with positive praise.

Some children feel that they lack a sense of control. They are expected to follow rules and guidelines that they may not fully understand or want, such as going to school or going to bed early. This in turn would lead them to feel helpless and powerless, causing them to lash out and portray aggressive and irrational behaviours.

By acting out, the child would feel a temporary gain of control. Once they realize that acting out would reap rewards and go their way, they’ll see that as a form of positive reinforcement and continue doing it.

As parents, balancing being the boss and making your child happy and healthy can be extremely finicky. But remember: you should consider the long-term effects and well-being of your child, even if it means ignoring their pleas and constant begging. That'll make them more healthy individuals in the years to come.

The third potential cause is feelings of inadequacy and low self-confidence. If your child feels inadequate about themselves — or feel they can't meet the expectations you set for them — they might withdraw themselves from participating in social events or showing their genuine self to others.

While it may be hard to pinpoint this type of behaviour if you’re unfamiliar with it, your child can struggle with this and other forms of insecurity. Practicing gentleness, patience, and understanding with your child can help restore their feelings of self-worth, leading them to be more open to you as parents and confiders of their problems. As a parent, it’s normal to have expectations for your child. But tying those expectations to your child’s self-worth can cause more harm than good, even if you think it’s best for their future.

Autism or ASD (Autism spectrum disorder) is a complex developmental condition that can lead to many challenges in the social, academic, and behavioural development of your child. This can persist throughout adulthood, some more prominent than others depending on the severity of the disorder. The effects of autism fall under a spectrum, meaning not all people with autism may have the same set of traits.

Some commonalities of persons with autism may include:

If you suspect your child may have autism, consult a doctor about it for a full and clearer evaluation.

ADHD is one of the neurodevelopmental disorders that parents can notice during childhood. Patients and children with ADHD have trouble paying attention, controlling their behaviours, or being excessively active.

Aside from that, ADHD also is related to oppositional defiant disorder, which makes people with ADHD defiant against persons in authority. Lashing out to figures of authority such as their parents is a way that your child’s disorder may manifest if they have ADHD. This is especially prevalent in younger children.

That said, many other forms of personality disorders can also lead your child to act out. These behavioural disorders include:

However, it’s important to note that the listed disorders are more common in older children. If you observe ADHD or other forms of behavioural disorders’ symptoms persist for more than six months in your child, consult a trained medical practitioner.