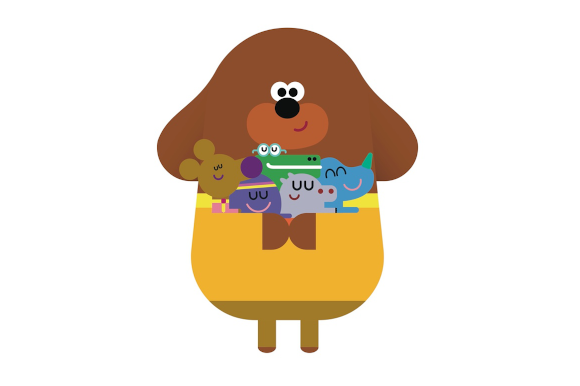 BBC Studios and CBeebies have commissioned a fourth series of multi-award-winning hit animation Hey Duggee from Studio AKA.

Children and adults alike will be delighted to hear that Duggee and The Squirrels will return for 40 brand new episodes of the much-loved show.

Hey Duggee is a fun, inclusive and educational series devised by Grant Orchard, senior director of Studio AKA, and narrated by comedian Alexander Armstrong.

Each episode features members of the Squirrel Club exploring, learning and overcoming challenges to earn a new Badge from Duggee – making new friends along the way.

Since launching in 2014, Hey Duggee has become a six-time BAFTA and international Emmy award-winning hit on CBeebies and was the most-watched kids’ show on BBC iPlayer in 2020 with over 192 million requests. All episodes of Hey Duggee are available exclusively on BBC iPlayer in the UK.

Additionally, Hey Duggee has over 1.2 million fans across its social channels and its official YouTube channel has over a billion lifetime views. Recently Hey Duggee teamed up with The Body Coach Joe Wicks for The Workout Badges series on YouTube, following on from bespoke lockdown-themed content on its social channels such as The Handwashing Badge, while The Parenting Badge, which debuted in December 2020, has had over 1.2M views.

Henrietta Hurford-Jones, Director of Children’s and Executive Producer of Hey Duggee for BBC Studios, said: “Hey Duggee is so popular with both parents and children and I’m sure they’ll be as delighted as we are that a new series is on the way. We’re really proud of what we’ve achieved so far and how much people love Duggee and The Squirrels – so we’re delighted to be working with the hugely talented Studio AKA once more and can’t wait for you to see it!”

Sue Goffe, Head of Production at Studio AKA, said: “We’re thrilled to be continuing our glorious Duggee Adventure with BBC Studios and CBeebies. A huge thank you to our extraordinary creative team for all their hard work, and to all our viewers for your continued love and support for the show. Prepare yourselves for more gems to come!”

Kate Morton, Head of BBC Children’s Commissioning & Acquisitions 0-6 said: “Hey Duggee is a staple in households right across the UK so we’re thrilled to continue our adventure with him and The Squirrels on CBeebies. Just like his young fans, all of us at BBC Children’s can’t wait to see what he gets up to next!”

Last year, France TV was signed as the French licensing agent for Hey Duggee and product now available in the region includes: toys from master toy Lansay; plush toys, furniture and melamine courtesy of licensee Jemini; puzzles and early learning games from Ravensburger; magazines by Milan; and books by Hachette.